Zulfikar Ali Bhutto: The Psychodynamics of his Rise and Fall by Shamim Ahmad

Of all the leaders who came to rule Pakistan, Zulfikar Ali Bhutto has been only second to the Quaid-i-Azam Muhammad Ali Jinnah in terms of receiving attention from authors of different types—biographers, journalists, researchers, and professional historians. While many prime ministers of the country have remained in oblivion even though some of them deserved to be studied seriously given their contribution to the country’s political development, Bhutto was regularly made the subject of studies both within the country and abroad. A number of Ph.D theses have been done on him and his rule. The number of books written by various authors expressing different shades of opinion are simply uncountable. Being the founder of the nation, Jinnah was treated by and large, over an extended period of the country’s history, and by a majority of writers, as a national hero whose role in history was highlighted in the manner in which the nationalist historians write about the national heroes. It was much later that Pakistani historians took to writing more professionally about the Father of the Nation. Quite interestingly, the Jinnah that emerged from these objective histories proved to be a more original and powerful historical figure as compared with his previous representation as a straightjacketed national hero. As compared to him, Bhutto became the subject of objective historical works right from the beginning. Of course, there have been books of hagiography written in his honor, but these are mainly from the pen of people belonging to his own political party or the ones who were overly inspired by his charisma. Then there are numerous books written by his diehard opponents, who leave no stone unturned in demolishing his image. Despite the diverse writings about him, ranging from one extreme to another, it is good, from the point of view of historical political writings on Pakistan, that with the 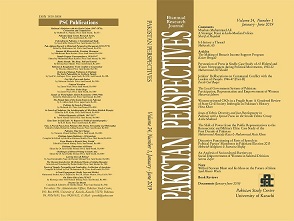