Dr Helen [Halima] Knight (1899-1984) was a British philosopher and an extraordinary personality. As mentioned in her entry in Wikipedia, she took a First Class degree from Cambridge in 1923 and was a Research Student at Newnham College till 1925. She gave up formal studies at Cambridge when she married the psychologist Arthur Rex Knight in 1926, but returned to Cambridge in 1932 as a Research Fellow, completing her Doctorate in 1935. Her important research publications appeared in the 1930s. She lectured on Aesthetic Philosophy at Cambridge till the Second World War, and after the War emigrated to Australia in 1949 to take up a teaching position at the University of Melbourne [Janet Clarke Hall]. Dr Knight remained in Australia after moving there apart from two visits she paid to Pakistan in the 1950s. How her life intertwined with ours is a most interesting story. 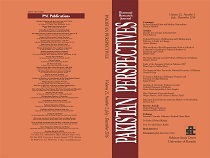