Notes Fighting Oppression and Injustice with Scholarship: The Life and Work of Feroz Ahmed

Meeting Feroz In the late 1960s the battle between the forces of oppression and freedom had reached a new world-wide crescendo. The unleashing of enormous military force by a superpower leading to horrendous atrocities of the Vietnam War, the obstinate survivals of colonial rule in new forms, and the rise of dictatorships in developing countries were being challenged by ‘people power’. The battle lines were drawn not only in the jungles and hamlets of East Asia but also in the global arenas of pop culture, street rallies, print media, and the class rooms and lecture halls of the academia 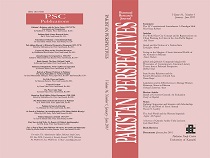