Pakistan’s economy is firmly linked to agriculture and food production. Since the inception of the country, no real land reforms have been undertaken, and the rural elite remains a major force in controlling agricultural land. At the same time, since the 1990s the country has also followed a neoliberal agenda, through the International Monetary Fund led structural adjustment programs, and then later after Pakistan’s entrance in the World Trade Organisation in1995. The trade liberalisation agenda of the advanced capitalist countries, especially the United States, have been consistently implemented in the country. In this context, it is clear that at least two different levels of political and economic forces are present in the rural economy. There is also no doubt that Pakistan also has a strong patriarchal society, which governs the social and economic norms of society. 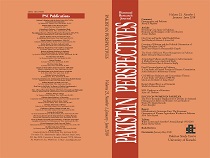