Images of both men and women in media develop our ideal of what is desirable for them in a specific culture. Nowadays media is modifying our understandings and expectations about gender roles. Usually media advertisements have more influence on views about gender roles than other media programs. This is because advertisements are repeated multiple times and convey specific messages. Advertisements also portray men and women in their cultural context that contribute in maintaining cultural conformity through socialization process. The objective of this research is to evaluate the representation of assigned gender roles traditional vs. reformed in Pakistan TV advertisements. Pakistan is considered a patriarchal society, where men are heading the family, being the decision makers, dominant and independent, while women are considered as dependent, domestic, and confined. The present study is an observational media study based on ethnographic content analysis of advertisements taken from popular Pakistan Television channels. The study concluded that advertisements of Pakistan Television are depicting men and women in modern and reformed gender roles to promote gender equality in society. 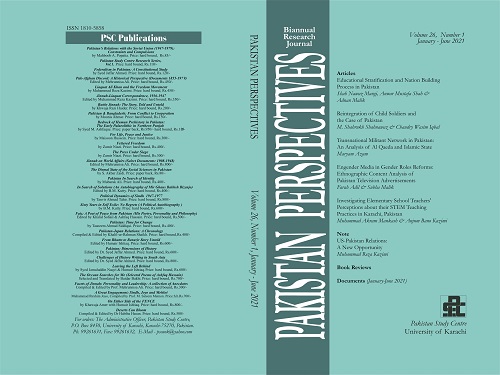