Afghanistan, a southwest Asian country, has been in a state of war and turmoil for more than 30 years. It borders China’s autonomous province of Xinjiang in the northwestern corner. China has emerged as an economic and political superpower in the 21st century. Although Afghanistan’s undeveloped economy is not attractive to any of the regional and non-regional powers for economic purposes but many geo-political factors have created stakes for certain regional and non-regional powers in Afghanistan. This article deals with Chinese diplomatic, strategic and economic interests in Afghanistan. While international media and the world at large knows much about the US, ISAF and NATO’s role in Afghanistan since 2001 to combat terrorism, quite less is know about China’s peaceful, quiet and continuous involvement there. China is busy in reconstruction activities, signing heavy aid packages and investing generously in Afghanistan’s economy to bring stability in the war torn country. The article traces Sino-Afghan relations since the period of cold war, discuss different phases of their relations, and highlight China’s economic and strategic interest in south and Central Asian region in the post-cold war period. It also deals with China’s diplomacy with Taliban, its reaction to 9/11 incident, apprehensions about the US forces in Afghanistan and reasons of Chinese increased economic aid for Afghanistan followed by the policy of heavy investment over there. ––––––––– 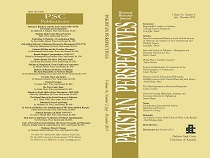