Khushal Khan Khattak, a seventeenth century Pakhtun writer, poet and swordsman, and his forefathers had served the Mughal for a long time. However, his fortune took a sudden twist when Mughal Emperor Aurangzeb imprisoned him in 1664, and kept him in solitary confinement at Ranthambore fort. After his release from prison, Khushal Khan was a different person. He remained no more a loyal Mughal official afterwards. Although, Aurangzeb Alamgir and a number of Mughal governors of Kabul tempted him several time to accept a position in the frontier areas but he out-rightly declined. This transformation is clearly visible in his poetry. He took up arms against the Mughals in 1673 and declared a war against them despite the fact that some of his family members even his son had sided with the Mughals. He continued his anti-Mughal struggle till his death in 1689. Some of the critics look at the antiMughal role of Khushal Khan with suspicion and have raised a few queries in this connection. This study looks into the circumstances that saw transformation in his outlook towards the Mughals. Then it explores, whether it was a personal vendetta or the start of a collective anti-Mughal Pakhtun struggle. The article looks into various dimensions, nature and direction of his struggle. This research paper is an attempt to evaluate objectively as to why and how Khushal Khan joined the anti-Mughal camp in the borderland area. Some more related questions are also discussed in details in this article. 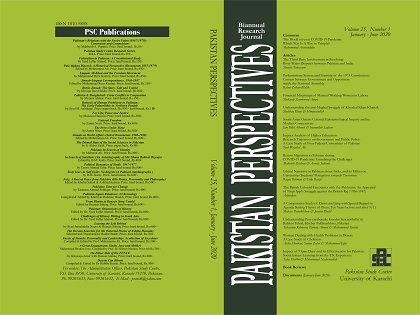